Tweet
I just had to share a photo I captured yesterday while teaching a photo workshop on flowers at Calumet and the Conservatory of Flowers in San Francisco.  Sharing not so much to show the image I captured, yet more so the detail I’ve loving in my new Nikon D800E 36MP DSLR (and no, Nikon doesn’t pay or sponsor me).In a garden of dahlia flowers, I captured this scene with my 70-200mm f/2.8 Tamron lens – not a macro lens.  Take into account this bumblebee was visiting various flowers, buzzing in and out of each one, constantly on the move, so I wasn’t dealing with a still subject, nor was I using a tripod.  Even outside the Conservatory of Flowers in Golden Gate Park, on the edge of the coastal fog rolling in, the flowers were catching some wind and moving themselves. 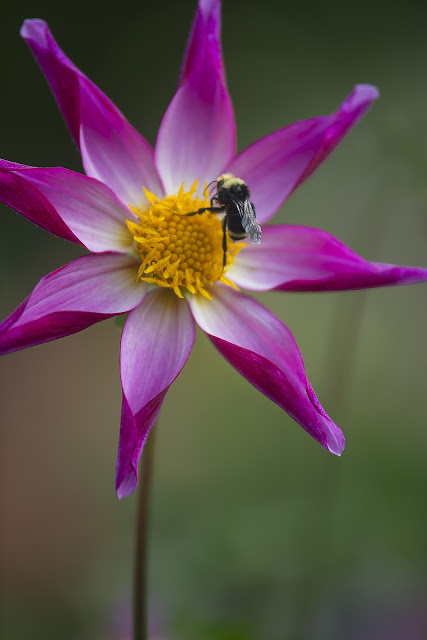 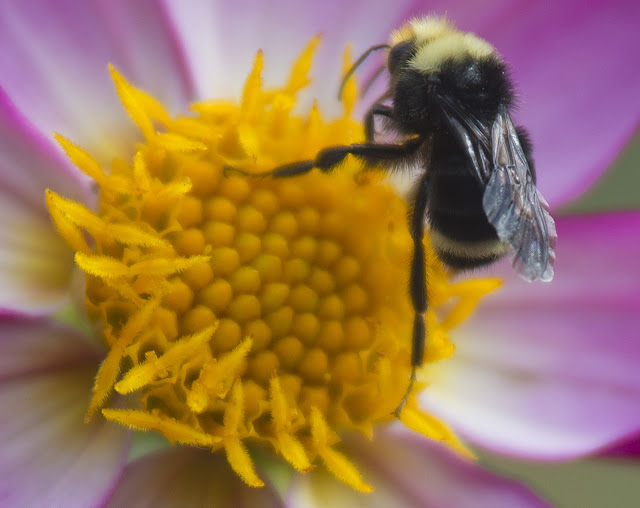