What’s in a digital camera name? As a pro photographer knee-deep in gear, I must say it is impossible to keep up with camera names these days. I’ve included photos here of the Canon EOS 5D Mark II, Nikon D5000, FujiFilm FinePix s8000fd, Sony’s Cybershot DSC-T2 (sah-weet Lime color by the way Sony, and cool sleek look), and the Olympus Evolt E-410. What’s in a digital camera name? Confusion I say! Name insanity. Insane in the name brain.


When are camera manufacturers going to make it easier to understand their line of camera systems? “Hey, that’s a nice camera ya got, what’s the model?” “Oh it’s the Casio 54-XYZ-Mark 8 DMC-Fx 9000. You should look it up and get one”. “Ya gotta notepad I could jot that down on?”. 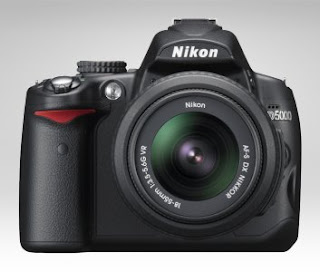 I get the “D” part – The 5D, the D300, etc. I assume it’s for “digital” (although you’d think as film fades, so would the “F” and “D” designation- plus, Nikon, from what I can remember, is the only company that uses the “F” in the name – Nikon F100, F3, and my original 35mm camera, the FE – just to give some examples). But even I, the PhotoGuru expert that I am, can’t think quickly when I see DMC – does it mean Digital Media Camera? One camera made by Fuji, puts “F” and “D” into the name- that can’t mean film and digital (although that would be jammin’ huh?).
Even the file names I see every day in my computers, which start with DSC, elude me right off the back. Again, I assume it stands for Digital Still Camera, but who knows…and who cares. It took me two weeks before I realized that my point-and-shoot digital image files, which start with “PANA_” stood for Panasonic. I know, I’m slow. But ya have to give it to me – there’s panorama, Pana Illinois, the Pennsylvania Association of Nurse Anesthetists….okay, bad example.
Today, with cameras coming out every month and a mix of manufacturers from Canon to Sony, Fuji to Nikon, Panasonic to Olympus, Casio to GoPro, who can keep up with the medley of letters and numbers? Why not just describe the product in the name? Where am I goin’ with this? I’ll expand on my thoughts. Get ready to get your brain on. 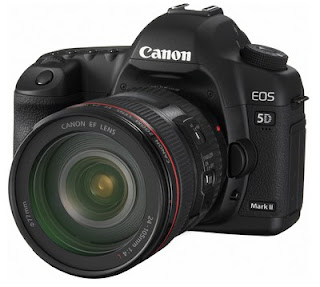 Canon has the EOS 5D Mark II– tight camera too – 21 megapixel, full frame image sensor packed into a well-made system. I assume EOS means “Electronic Operating System”, could refer to the Greek Goddess of Dawn- I could be wrong, I have no idea, I’m not Googlin’ it! But the name?? There’s a five in there, then a two, and Mark and an Eos – does the Mark II mean it’s the next versions of the Mark systems? And what is the Mark system anyway? Does 5D mean it’s the best in their line or the lower amateur model? I personally know it’s one of their top cameras, but there’s one high that’s the 1D (what will happen when they make a better one than that?) and below the 5D is the 50D – so you’d think the numbers are getting higher as the quality and price goes down. But then below the 50D is the 40D. Ugh squared.
Let me solve this. Let’s make a name system based on the year, the camera’s quality, and it’s details. How ’bout….blblblblblb….that’s a blogger drum roll……blblblblblbbblblb….are ya ready? The:
Canon 2009 P21
Olympus 2008 A12
Sony 2007 N8 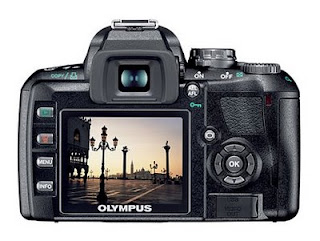 Wait. Don’t judge. Let’s me explain.
First the name of the company. Easy-peasy.
Then the year it was made (tough titties camera companies, if car companies can do it, so can you- plus, yer makin’ new cameras so often, it’s not going to hurt any on the marketing side).
Then if it’s a camera for a Pro (P), an amateur (A), or a Novice (N). Three easy levels – everyone would get it over time.
Then the Megapixel (I know I know, megapixel isn’t everything so many say, but ya gotta pick one feature and I’m picking it! Describe the rest in the top features section).
If camera manufacturers wants to add some pizzazz (nice 70s bedazzled term huh), then they can put in the “Rebel” name or the “Cybershot” or the “FinePix” in front of that. But that’s it! Year – Who it’s for – Feature….done dealio.
Canon Rebel 2009 A12 (a 12 megapixel for the amateur market- did you get it fast?)
Fuji FinePix 2007 P15 (a 15 megapixel for the pro, made in 2007- pretty easy huh?)
Sony Cybershot 2010 N20 (that’s next year’s model, a 20 megapixel point-and-shoot for the Novice – sweet name if I do say so myself) 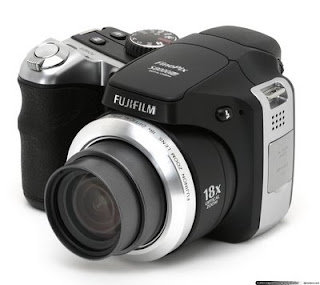 Whaddaya think Sony? Come on Canon. Nikon, well Nikon never listens to anything I say anyway. Cool system huh? If “yes all mighty PhotoGuru, you’ve done it again!”, then that’s all I need. If “Mr. PG, you are out-choh-mind!” then come up with a better system.
But I like mine…thought of it in 5 minutes…yes, I graduated college. Will it be implemented? Who knows if anyone will read this and react. Maybe technology is just moving too fast. Besides, my head hurts now (and maybe your too). I’m out – it’s Sunday, I’ve got the flu, allergies, and I’m hungry. Off to watch Quantum of Solace on the 47″.
yours truly,
Sean “TGP P-40M II” Arbabi
(that’s “TPG” for The PhotoGuru, “P” for Photographer, 40 being my age, and M for Male, and II for two eyes…duh)
Feel free to share my work!